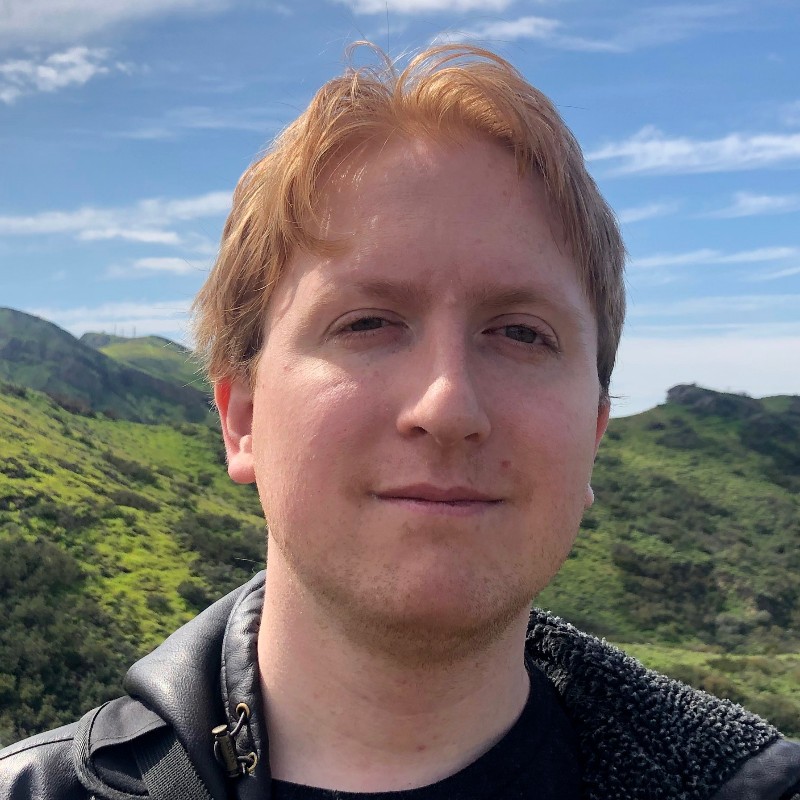 What is object identity, and why should I care?

Academically, an object is the combination of three fundamental concepts into one atomic unit:

If you’re familiar with an object-oriented language, chances are you could easily identify what features of the language correspond with “behavior” and “state”. In Java, for instance, you model “behavior” using methods, and you model “state” using fields1. But “identity” is a bit of an odd concept in this lineup: it’s a bit less clear where “identity” comes into play. At worst, its existence can seem like a technicality or a useless piece of trivia.

My goal in this article is not only to explain how object identity manifests in Java (and just how deeply it’s embedded in object-oriented thinking), but to show how you can willfully leverage identity to achieve better software designs. With luck, a better understanding of identity will serve you well in functional languages, where – despite not being provided as a language primitive – it plays just as essential a role.

Rather than conjuring up a prescriptive explanation for object identity and asking you to take it on faith, let’s consider an example program, and ask ourselves where identity plays a role.

In this program, what draws your eye as being related to identity? Certainly, immediately after construction, c1 and c2 have the same state. They also have the same behavior: we can post a query to both counters and get the same answer. And, undoubtedly, if we continued performing the same interactions in parallel with these objects, they would continue to agree in every way2. But we don’t – we next increment one counter, but not the other, and their subsequent answers diverge.

There are two keywords you might be eyeing at this point: this and new. It’s via new that objects get created in the first place, after all, and it’s via this that an object’s methods access and update its state. And you’d be right to eye these two keywords… but we can dig much deeper.

Let’s start by looking at the this keyword. Yes, this allows our object’s behaviors to depend on its state, but we can actually do without it. We can transform our program into one that doesn’t use this – let’s see where we end up. (Remember that we’re not necessarily making this code any better – we’re only doing this to learn what makes objects tick.)

If we can’t get access to count via the this keyword, we have to get at it somehow. We’ll pass an instance of Counter in, instead.

Now there’s no this at all, but we’ve lost some fidelity in modeling: we have to reference the same object twice in c1.increment(c1), and nothing prevents us from mixing and matching objects. Let’s make these methods static, for the time being.

That’s a bit better, but also a bit worse: we now invoke Counter.increment(c1), but we’ve lost dynamic dispatch. It didn’t matter much in this case, but if somebody had subclassed3 Counter and overridden its methods, their methods would have been called before, but now our static methods always get called.

I like to think of static items as being part of an implicit singleton object. Let’s extract that singleton into a real class:

Now it’s possible to subclass both Counter and Trait; our methods are no longer static, so method calls will be dynamically dispatched to whatever concrete Trait has been implemented for a Counter subclass.

Since we can always transform our Java classes to avoid this, it can’t be essential to object identity. At best, we’ve encoded it using other forms of identity, and at worst it had nothing to do with identity at all. (I could go either way, but I think it’s telling that all we really did was provide the object as an explicit argument.)

Something rather interesting happened with our cleanups after removing this: our object’s state and behavior have been separated cleanly into two classes. Since identity is a part of every object, both the Trait instance and our original Counter instances must have identity. But we’re reusing our trait instance across both counters; in principle we could reuse a singleton Trait across all counters. It’s hard to claim, perhaps, that a singleton with no state of its own really needs identity.

This points to one of the roadblocks to understanding identity in Java: everything has it, in exactly the same way. It’s an invisible part of the fabric of every program, whether or not you actually make use of it. Worse, we sometimes have to work against identity – if you’ve ever made defensive copies, this is why.

But more to our point, identity supports mutation. Objects with no state (or immutable state) may not need identity (but we’ll get to that), but identity is a requirement for objects with mutable state. To make the point, let’s rewrite our original4 program to use mutation as absolutely little as possible.

We were a little too successful, actually. You’ll notice that nowhere is an object itself actually being mutated, and yet we can still make c1.getCount() return a different value. This tells us something very interesting about identity: it’s not only objects that have it! We can sneak mutation into the system through mutable local variables. Even though our counter objects do have identity, just as with our trait from before, it’s hard to argue that they actually need identity.

Moreover, while traits are a less common style in Java (though they exist; see Comparator), records and other [value-based types][value-based type] are common, and in fact are preferred wherever possible. Far from being one of the essential attributes of objects, identity sometimes seems like a feature nobody wanted!

Nonetheless, local variables are not sufficient for mutation in general. Since they’re local, only the function body can even reference them, much less change them. And sometimes, very occasionally, you do want to be able to check if two variables refer to the same object. Since every object has identity, these capabilities are available in every class, and it becomes very tempting (and all too easy) to leverage identity and mutation when other solutions might be more suitable – which is a shame, because you can do some very nice things with identity when you apply it consciously!

We can solve the first problem with a new class, Register. In some sense, we’re just taking the things we can do with local variables – read them and write them – and making a class with those behaviors. We don’t need to be able to check if two Registers are the same object here, but we get it thanks to object identity anyway. (Again, note that we’re not doing this because it’s necessarily a good idea, but because we’re trying to take different angles on this whole identity thing.)

The first nice thing about Register is how clearly it signals that mutation not only can happen, but that it’s expected to happen. In an environment where every object could potentially be mutable, and where complex object graphs mean interacting with one object could invisibly influence your interactions with another object, these kinds of signposts are invaluable to whichever developer is trying to understand what’s going on.

The second nice thing about Register is that it works for any type. We started with mutability that was specific to Counter, and in many ways we refactored the whole concept of shared mutability into a separate class altogether. I could wave my hands and mutter something about the SOLID principles here, but the point is that Counter is now simpler in a very real sense5, and the concept of shared mutability is both centralized and reusable.

At this point, I hope it’s clear that without identity, we couldn’t have shared mutability. We could still have local mutability, but we can always replace a mutable local with a series of immutable locals (even if it can get quite complex), so local mutability is actually a pretty weak capability.

While shared mutability requires identity, we haven’t established that shared mutability is the only thing we can do with object identity. In fact, identity can be useful even in the absence of state and behavior.

In Java, object identity is stronger than local variable identity in two respects. First, only the immediate scope of the variable can access it; there is no way to give a called method access to that variable. Second, we cannot check if two variables are the same variable; it almost makes no sense to ask for such a thing! However, you can do both of these things with objects.

Since multiple methods can access the same object, we have shared mutability. But what can we do with the ability to check if two object references are the same? Is that even useful?

It’s not obvious here, but HashMap#get will eventually invoke equals() to compare the given key with its stored key, and Class#equals uses reference equality. We can make things a little clearer by avoiding reflection altogether.

In this case, we’re no longer restricted to one value of any type. We can quite easily construct two distinct tokens with the same type parameter. Either way, the key type carries type information about any associated value, and we recover that type information by comparing the token to one that we stored before. When we compare the given Token<T> with the stored Token<?> and discover that they are equal, we know6 that the wildcard is in fact T, and therefore the value we stored with that token also has type T.

Moreover, we can safely pass this map around to other parts of the code with full confidence that if they don’t have the exact key that we used here, there’s no way to access the value associated with that key. The Token type models an unforgeable token, also – especially in the object-oriented domain – known as an object capability7.

The Token type here has neither state nor behavior; we’re using it purely for its identity, and with nothing at all to do with mutation of its (nonexistent) contents.

Putting it back together

I’d like to close with an example where we consciously use object identity, supporting both mutation in the presence of shared references and token-based access to data.

In this case, we have a process (the “producer”) that may produce events of different kinds (“topics”), and some processes (the “consumers”) that are interested in specific kinds of events. We won’t futz with actual parallelism, but the producer and consumers are logically concurrent tasks: as we add more events, the consumers should be able to make further progress.

Let’s dissect this a bit.

Now, what could this be useful for? By its nature, an EventStream is something you’ll probably be sharing between multiple components of your system. At the same time, you don’t necessarily want every component to be able to couple to any other component9 – it becomes pretty hard to understand the flow of data through your system otherwise.

With this design, you can configure each component with the topics it should use, and it can only access those topics – the EventStream API makes it impossible to interact with any other topics. There’s no discoverability, and each topic is effectively its own little world; it just happens that, behind the scenes, all topics are conveniently collected and ordered in one place.

It’s not always what you want – but sometimes it’s exactly what you want. It’s really useful to have this kind of modeling tool in your toolbox!